WORKING WITH TOTEMS OR POWER ANIMALS 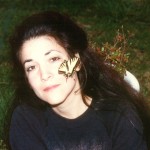 Do you know what the message is when a hawk or a deer appears unexpectedly in your life? What does it mean when you see a bear or a butterfly, especially in an unusual context? The metaphysical principles symbolized by the totem are embodied in the living animal. Like the Doctrine of Signatures in the botanical world, the significance or “Medicine” that the animal expresses by their behavior and function manifests as spiritual power of which they are the representation.

We are meant to live in harmony and cooperation with all of Nature’s kingdoms: animal, plant and mineral, creating a new paradigm of compassion in a mutually shared future on Mother Earth. Experience the truth that the more we interact with Nature, the more She interacts with us. 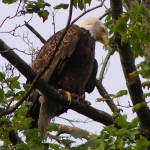 We are in a grand partnership with Nature. It is as subtle and complex as the delicate, yet tensile web of the spider. Just as nothing can touch the web without the spider knowing and feeling it, so also does every change in our ecology resonate throughout our environment. This relationship is not just physical. We have inextricably linked destinies on this dear planet. It is time to create a future for all living things, in order that we may all survive.

If you have a desire to be more intimately connected with your totems and become a steward of the natural world, click here.

Since 2000, Cie has been a Contributing Columnist to Wisdom Magazine published in New England, the New York Metropolitan area, as well as Long Island, Westchester and Rockland counties, and southeastern Pennsylvania. Go to wisdom-magazine.com for Cie’s current and archived Totems articles.

There are 22 species of armadillo, but only the Nine-banded armadillo is native to the United States. The rest live in Central and South America. Where is one likely to find such an armadillo in the United States, you may ask? For a long time, they limited themselves to humid, subtropical areas of the U.S. like Florida, where they first appeared in the 1920’s, and Georgia, because they don’t have much tolerance for cold; however, because of climate change, armadillos continue to move north. The ability to swim first allowed them to expand their range. Armadillos crossing the Rio Grande led to the nine-banded armadillo expanding territorially in the United States during the 20th century. Now, they can be found as far north as Nebraska and Illinois. Though they don’t hibernate, they are more active during the summer months.

Armadillos are really good swimmers and can hold their breath for four to six minutes. Either they simply use their sharp claws to walk underwater across the bottom of streams or they swim. When facing larger bodies of water, they gulp air, inflating their stomachs and intestines and holding it in their digestive tracts to create buoyancy, float across the water, and then dog paddle. Speaking of dogs, some armadillos have been known to outrun dogs despite their short legs.

When out foraging, Nine-banded armadillos are grunting and sniffing. Otherwise, they are silent, except that mating pairs communicate with “chucking” sounds. Most females ovulate once a year – around June or July in the northern hemisphere, and during November or December in the southern hemisphere. Mama armadillo has four mammary glands – just the right amount, because – and here’s a most unusual fact in the animal world – Female armadillos always give birth to four identical embryo quadruplets from one single egg, which are always the same sex.  The quadruplets usually gestate for about a four-month period, or about 120 days; however, if necessary, the embryos will remain in limbo in the uterus for a while.

Here’s another astounding biological trait: this delayed implantation of as much as fourteen months, will take place so the young will be born when it’s warmer and/or when food is abundant. If armadillo is your totem, or you are dreaming of them, and your plans for manifesting your best life are temporarily suspended or delayed, perhaps armadillo is trying to encourage you that more auspicious circumstances are converging for your ultimate good. Use this pregnant time to strengthen your inner resources, and be open to new initiatives and inspiration.

Males competing for mates will occasionally fight each other, scratching each other with their front feet. Most of the time though, they are tolerant of other males. Occasionally, Nine-banded armadillo siblings will even den and forage together during their first summer and early fall, but that is uncommon. It’s interesting that, although they usually won’t share their burrow with another armadillo, they don’t seem to mind sharing their side chambers with snakes, skunks, rodents, or burrowing owls. This may help armadillos stay warmer, thereby regulating their temperatures. Burrowing owls often make their homes in dens that have been abandoned; so will spotted skunks.

Those with armadillo as their totem may be clairsentient, which means they have an extraordinary ability to perceive things through their physical body by feeling them. This is often accompanied by a heightened sense of smell. One can use this ability to sniff out when things don’t “smell” right, or when a situation you’re in “stinks.” Also, you may use aromatherapy – plant extracts distilled into essential oils to improve mind, body, and spirit.

Armadillo teaches us how to trust and protect ourselves. Armadillo’s earthy energy corresponds to the first chakra, the root chakra. Because this chakra anchors us to the earth, it keeps us in physical form. For this reason, armadillo is a great teacher for grounding and centering. If we’re feeling sensitive about things, it may be our signal to take better care of ourselves, rather than get defensive. Then, we’re not so quick to react, and this moves us into a more pro-active mindset. The more we are in the feeling space of what we want, (instead of what we don’t want), the more we attract people and situations that are in alignment with that.

The presence of predators, the climate, and prevalence of disease, are three factors which influence the life span of armadillos. Temperature, and lack of water are the primary climate factors. A large adult like the Giant armadillo, which is about five feet long, can survive cold, and accompanying starvation better than a smaller species, like the smallest armadillo, Pink Fairy, about six inches long, because they don’t have much body fat.

With armadillos there’s good news and bad news. The good news is that armadillos are diligent predators of a variety of agricultural insects that are harmful to crops. The bad news is that if those insects are on, or in, your farm, lawn, or garden, you might end up with dug-up crops or holes in the ground. Also, armadillos are hosts to ticks and other parasites, thereby affecting humans, as well as themselves.

Now we get to the worst news of all: Armadillos get leprosy! But there is a twist to the undeniable fact that armadillos are one of the only animals that get leprosy, (now called Hansen’s Disease) themselves, and spread leprosy among humans. Here’s the twist: Researchers believe armadillos acquired leprosy from 15th-century explorers, because it was unknown in the New World prior to their arrival. The bacteria which causes the disease thrives in their bodies due to the armadillo’s low body temperature – 93° Fahrenheit. Humans contract armadillo-borne leprosy through hunting them, handling them, or eating their meat. In some cases, people become infected from inhaling armadillo fecal spores. Ugh!

Despite their capacity to transmit disease, during the Great Depression, many Texans dined on “Hoover Hog,” referencing Herbert Hoover, who was President then. Armadillo became known as “poor man’s pork.” They must have been desperate to eat meat, because armadillos reek of a strong, musky odor. Aside from being susceptible to bacterial disease, a healthy armadillo can live a long time. In captivity, they may live up to twenty-two years. They are usually weaned at around four to five months, and become sexually mature in their second year.

Some interesting cultural facts about armadillos:

The majority of U.S. armadillos live in Texas. The armadillo became the official small mammal of the state in 1995.

In the 1970s, San Angelo, Texas became the armadillo (or ’dillo as Texans fondly call them) racing capital. Participants either brought their own ’dillos or rented one for the race from the World Armadillo Breeders and Racers Association (WABRA). Care is always taken to treat the animals humanely. The practice of racing armadillos continues today.

Possibly because of their mostly laidback, docile, independent natures, armadillo images have been used for everything from puzzles, games, – even art and music – especially the Austin music scene, where they reached “folk critter” status among rock and country music afficionados.

They’re in literature too. In 1902, Rudyard Kipling, well known for writing The Jungle Book, also wrote a whimsical tale called, The Beginning of the Armadillos as one of the chapters of his Just So Stories. James Michener wrote a book of 16 tales of animals, called Creatures of the Kingdom. One facetious tale portrays an armadillo whose assault on Texas real estate pays off.

More recently, a woman stole Willie Nelson’s pet, Ol’Dillo, from Willie’s concert in Portchester NY, on September 19th, 2019. A week later, the animal was safely returned. As the band’s official mascot, Ol’Dillo had already been traveling with them for three or four years.

It’s hard to think about armadillos for long without the association of knights in shining armor coming up. Knights always make us think of chivalry, and how they came to the aid of others. So, as we learn to protect ourselves adequately, we may also extend protections to those who might be more vulnerable to attack. Children, animals, the elderly, and the infirm, come to mind. One of the few positive outcomes of the pandemic is that many folks are becoming more aware of, and more solicitous of, their neighbors’ welfare. People are being kind, for no reason other than it’s a higher state to aspire to.

Armadillo is an important totem for anyone with one foot in the physical world and one in the spiritual world, especially if you are a medium, mystic, or healer. Paying attention to when your higher self urges you to move forward or step back from certain people or situations is an important discriminating faculty to develop. Even if this is not one of your primary totems, but you do counseling, you can help others by understanding the types of personality aspects of armadillo people. You may be able to help them to state their needs more effectively, or encourage them to express themselves safely, or help them develop the courage to act when it’s necessary to leave an abusive situation.

Cie Simurro~ Thunderbird Starwoman has been a Healer, Writer, Minister, Advocate and Steward for the natural world for over 45 years; author of this column for 21 years. Send me your email if you wish to be notified with a link to Wisdom when a new Totems article comes out.

In order to be of the greatest service during these challenging and stressful times, if you want or need healing, I am available for a healing consult with you via video-conferencing and for long-distance healing for you or your pet. Call or email for more details and to arrange an appointment.  Phone: 413 625-0385 or email: cie@ciesimurro.com

Part 2 will be in the May/June issue of Wisdom

Cie, you are just like God: Never there when I need you but always just on time. Thank you again.

She helped me rescue and get rehabilitated, an adolescent skunk who was hit by a car. My Medicine dog Ally loved her as much as me, which I was jealous of sometimes! Thank you Cie for your many years of dedicated animal Medicine and service to all.

“Cie is a Song Restorer.”